You have a vision. You’re going to build an app that will change the world. (Or at least, make a difference for the people who are fortunate enough to use it.)

So where do you start?

A wise man once said, ‘vision without action is hallucination’.

You could google app developers, get in touch with a few and ask for a price. Some might even provide you with a quotation or a ballpark figure.

From the app developer’s perspective, it’s also raised expectations – both with the client looking to build the next ground-breaking solution and the user who, to whom these bells and whistles have become standard in some of the apps they use on a daily basis.

For the enlightened app developer, the saving on ‘technical’ time should be invested into a better understanding of the improvements in both process and user experience.

Probably more sensible would be to do some research and see what’s already out there. Has anyone beaten you to it and done something similar?

If you’re looking to build an app that will sell in its millions that’s not great unless you’re going to add something unique. However, if you’re looking to improve processes within your business and the app is designed to help your people work more effectively, then finding someone with similar experience could be very valuable. Could you benefit from their learning curve? Or avoid making the mistakes they inevitably made along the way?

In either case, understanding your users is a reasonable first step.

If they’re already part of your team then recruiting a user group should be reasonably straightforward but remember that it’s best to work with them in a structured and controlled way. Set out your objectives; listen to their challenges but also understand that they may well make suggestions that are either hugely expensive to deliver or won’t really pay back.

Having said that, they might also offer a perspective that removes the need for elements of expensive functionality that you’d originally thought would be necessary or help to build a roadmap for future development.

It’s worth pointing out that up to this point you still haven’t started to write code. Or more importantly, you haven’t had to pay anyone else to write code because that’s really when it can start to get expensive.

As you move through these preliminary stages, it is certainly worth getting someone involved who understands some of the techie stuff. Not only can they offer guidance on what specific functionality might cost to develop, they can also provide a view on the art of the possible.

What’s more, by connecting with and understanding your users first-hand, they are far better placed to begin the process of moving from prototype to MVP.

So what’s an MVP you might ask? We’ll save that one for another day.

Do Anything You Want To Do.

I don’t suppose most digital natives or Gen Zs will think ‘Thin Lizzy’ when they hear the words ‘do anything you want to do’. What was once the domain of the genuine tech wizard is now commonplace. On the one hand that’s amazing. On the other it brings with it the temptation to stuff your app full of all sorts of functionality that won’t necessarily add value. 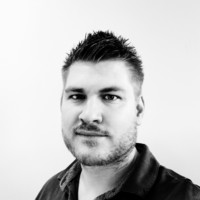 Top Five Things To Think About Before You Build An App

Like most app developers, we’ve had our fair share of people through the doors with the next big idea for an app that’s going to change the world. Sadly, most won’t, although that’s often down to the other aspects of the business or processes that haven’t been sufficiently thought through.

You have a vision. You’re going to build an app that will change the world. (Or at least, make a difference for the people who are fortunate enough to use it.). A wise man once said, ‘vision without action is hallucination. You could google app developers, get in touch with a few and ask